KIRKLAND, Washington (March 7, 2022) – Multiple offer situations are the norm for today’s home buyers, but some brokers with Northwest Multiple Listing Service suggest February’s improving inventory and a slowing pace of price increases may ease some of the competitive pressures.

Commenting on the latest statistical report from Northwest MLS, representatives of the service expressed optimism for the housing market as pandemic-related restrictions ease, but also uncertainty due to the global economic crisis around Russia’s invasion of Ukraine.

“In February, we saw an increase in listings, which could be an indicator that more sellers are primed and ready to go. Inflation, rising interest rates, and new financing options are bringing more sellers into the market,” said John Deely, executive vice president of operations for Coldwell Banker Bain.

Northwest MLS brokers added 7,920 new listings to inventory during February, a 6.8% improvement from a year ago, and a gain of more than 33% from January’s total of 5,927. Pent-up demand led to big month-over-month gains in pending sales and more shrinkage in overall supply.

“Buyers in King County are jumping for joy over the nearly 40% increase in new listings that we saw in February compared to January (2,901 vs. 2,083),” noted Matthew Gardner, chief economist at Windermere Real Estate. “No surprise,” he continued, “the result was a 31% increase in pending home sales month-over-month, as well.”

Sellers system-wide accepted 7,697 offers on their homes during February, about the same number (7,724) as a year ago, but a 21% jump from January’s volume of pending sales (6,350). Fourteen of the 26 counties in the MLS report had fewer pending sales than a year ago, a likely consequence of tight supply.

Closed sales also reflected 2022’s slower start compared to a year ago. Member-brokers logged 5,147 closed sales during February, a drop of 665 units (down 11.4%) from a year ago. This year’s volume of completed transactions through February is lagging year-ago totals by 12.6%.

Prices continue to trend upward. The area-wide median price for last month’s closed sales of single family homes and condominiums was $585,000, up 14.3% from a year ago, and up 5.4% from January.

Prices for single family homes (excluding condos) rose at a smaller rate, about 12.2%, increasing from $535,000 a year ago to $600,000 last month. Commenting on the increases, Gardner noted some areas were “clearly very popular” with buyers of single family homes because they had especially strong growth. He singled out West Bellevue, West Lake Sammamish, and Redmond on the Eastside, and in Seattle named Ballard, Magnolia, and Queen Anne.

“With median prices up in all but three counties, buyers who are sitting on the sidelines waiting for prices to come down could be waiting some time,” suggested Deely. “Seasonal trends will bring more listings, but there is a large pent-up demand as well.”

Sellers are fueling some of the demand, according to Deely. “Every seller is generally also a buyer and many placed their real estate dreams on hold during the pandemic. They are now ready to take action and explore their next chapter.”

At the end of February, there were 3,461 total active listings in the MLS database, up from January’s total of 3,092 for a gain of nearly 12%, but down about 19.5% from twelve months ago when inventory included 4,298 listings of single family homes and condominiums.

Measured by months of supply, there was about 19 days (0.67 months) at the end of February. That was the highest level since September 2021 when the MLS reported 0.75 months of supply.

“As we head into spring, it’s time for buyers to reenergize and go through a renewal of spirit as they begin or continue their home search,” stated J. Lennox Scott, chairman and CEO of John L. Scott Real Estate. “Buyers will be pleased to hear that more listings are on the way! Historically, the number of new listings bumps up in March and April, and then goes up even higher in May and June.”

Until inventory grows, Scott expects “heightened focus on each new listing coming on the market.”

“It seems even homes that wash up on the beach are getting multiple offers,” said Dick Beeson managing broker at RE/MAX Northwest Realtors, “The sound of interest rate increases is ever nearer, and when coupled with the enormous price increases for homes around Puget Sound, the wringing of buyers’ hands will surely be a sad tale of 2022. There’s no relief in sight.”

“Market activity is up across the board in Kitsap,” stated Frank Wilson, branch managing broker and Kitsap regional manager at John L. Scott Real Estate. “We have more new listings (up 30.6%), more total active listings (up 36%), and more pending transactions (up 10%) compared to last year’s numbers. Also, home prices continue to rise (up nearly 23%). This is concerning because we are just starting into the spring market.”

Wilson reported increases in customer calls to the office and more people at open houses, remarking, “We have not even gotten out our garden gloves for spring.” He expects the year will be “a real squeeze for home affordability in Kitsap County,” citing rising prices and projected increases in interest rates. “This will just make it harder for buyers who are already struggling to have an offer accepted.” He anticipates seeing multiple offers on homes.

Gary O’Leyar, designated broker/owner at Berkshire Hathaway HomeServices Signature Properties, reported a continuation of the multiple offer market in February. “There were instances when our brokers made 10 or more offers for buyers before reaching successful purchase agreements.”

O’Leyar said one recent would-be purchaser made a strong offer $250,000 over the asking price of $2 million on a new listing in the Tangletown/Wallingford neighborhood, only to be beat out by several hundred thousand dollars. “This is not uncommon,” he said, adding “The extreme dynamics of the market underscore the importance of buyers getting assistance from a knowledgeable, patient, persistent broker.”

Commenting on rising prices and low inventory, broker Dean Rebhuhn, owner of Village Homes and Properties, said multiple offers are the norm. “I’ve been asked many times if the housing market is going to have a correction.” He believes it will not, citing five factors:

Whether higher gasoline prices will have an impact on the market remains to be seen, suggested O’Leyar. “In the pre-pandemic past, increasing gas prices tended to create higher demand for shorter commute locations closer to the center of Seattle’s business district. This could cause a slight shift in the extreme demand for listings between King and Snohomish counties.”

Other unknowns are the impacts of rising mortgage rates and geopolitical tensions.

“Something on everyone’s minds is how the invasion of Ukraine might affect the housing market here at home,” said Gardner. “While these events have helped push mortgage rates lower, it doesn’t mean they are on their way back to the historic lows of a year ago. In fact, that’s almost guaranteed not to happen.”

The Mortgage Bankers Association forecasts average rates will be slightly above 4 percent by the end of 2022. Mortgage data provider Black Knight estimates the average borrower with a 20% down payment would pay about $100 more a month on a new mortgage than one taken out at the end of last year due to rising rates and higher home prices.

Danielle Hale, the chief economist for Realtor.com, said the pace of home price increases may slow from double-digit to single-digit percentages this year. She also expects conditions will likely continue to favor sellers.

Freddie Mac believes short-term mortgage rates will stay low but are likely to increase in the coming months. The mortgage finance giant said geopolitical tensions caused U.S. Treasury yields to recede last week as investors “moved to the safety of bonds.” Along with inflationary pressures, Freddie Mac points to “the cascading impacts of the war in Ukraine” for creating market uncertainty. 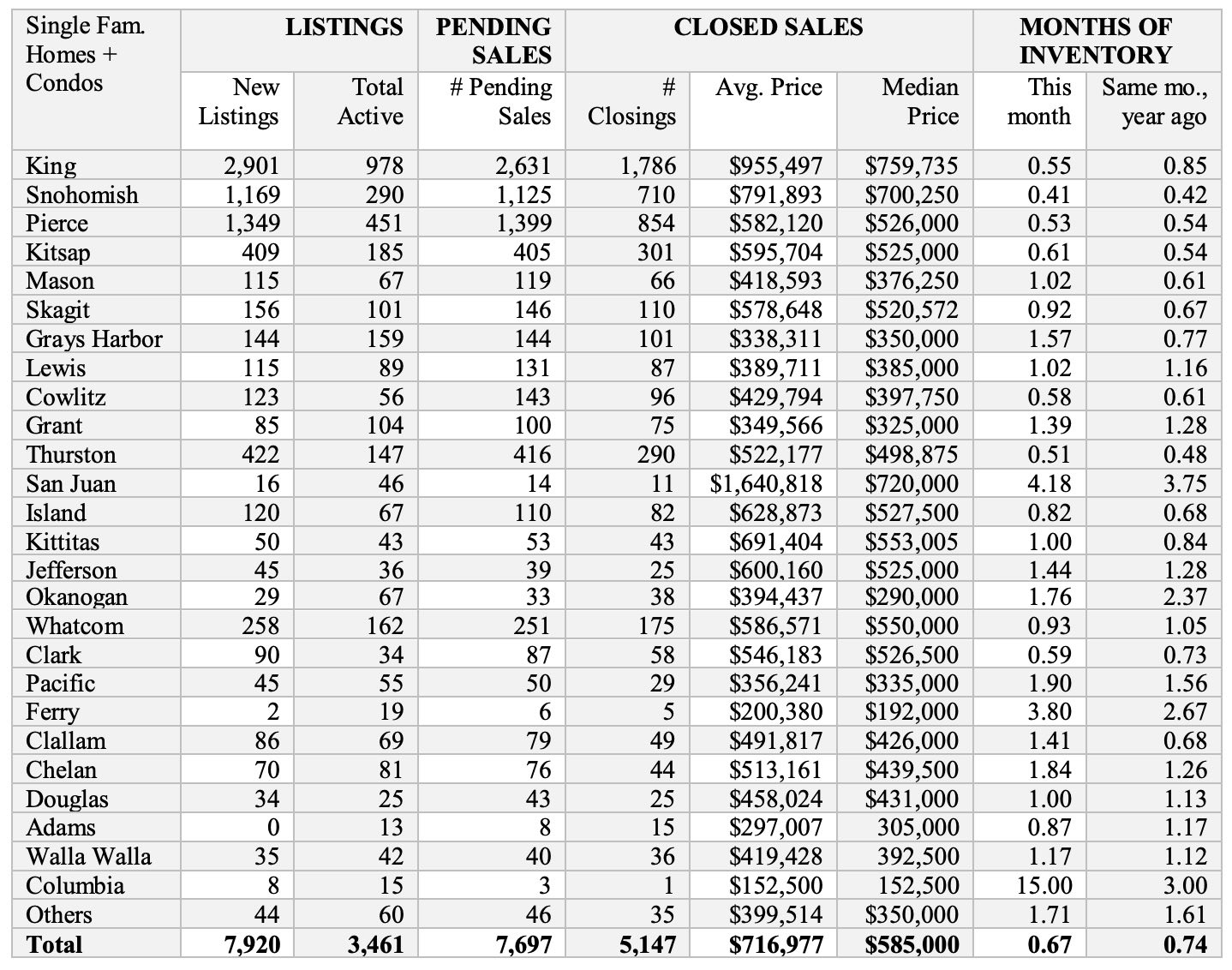 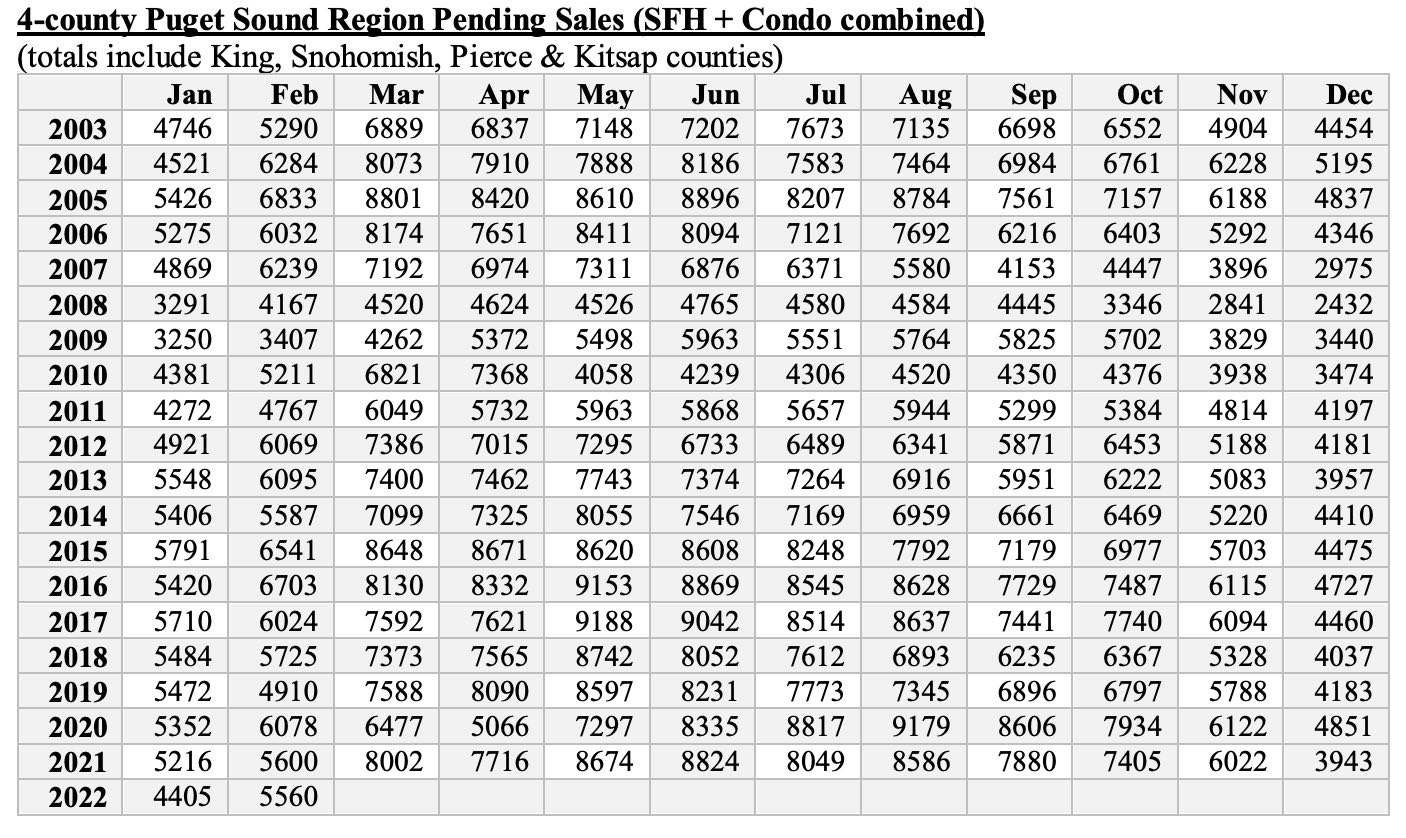